Tension for home alone ladies, murder, investigation, crime news in media with huge font have been growing to be a regular activity in silicon city.
“Subramani calling...” her mobile was ringing impatiently. Subramani was trying to call his wife Geetha however but at the result did not differ. Neither she picked the call nor did she call him back. Conceiving with the idea that she might have gone to her parents Subramani kept quite. But he was unaware that his expectation would go absolutely wrong.
She was Geetha, a 33-year-old housewife who was found strangled to death at her residence in Bangalore. Her gold ornaments were missing as were the jewelry s kept in the cupboard and Rs 9,000 cash. As her husband Subrahmani and kids were also ignorant of the fact that their mother had been killed, spent almost 4 hours playing in front of the house.
People say Bangalore is burning and to some extent it’s true. As Bangalore is becoming a terror hub, the people are getting tensed each and every day. With that the serial murders of home alone women, condition turn out to be even worse.
To the shock of Bangaloreans’ day after it happened again! Yet another home-alone woman found murdered in Bangalore. This time it was of Geethalakshmi Islur a forty years old lonely woman. She was an employee at a remand home. But as you think it was not a murder for currency and gold. Valuables in the house were untouched. As the investigations revealed her own family was involved in a civil dispute!
“It was not a murder for gain. The internal disputes with acquaintance resulted in murder. But we got clues about the killers involved in the murder, and you can expect them soon” said Bangalore South, DCP, S. Ravi to TSI.
Although this murder was not a ‘murder of gain’, it is an accepted fact that 90% of the women in the city are killed for gain! Last year Bangalore witnessed 48 women murders, 58 dowry deaths, 290 harassment cases and 62 rapes! No wonder city is big time on erroneous corridor.
“We have already taken several steps to provide safety to public and police’s are patrolling in every area of the city. ‘Hoysala’ patrol team also working hard for the safety of public” the DCP added.
But as the safety of women is going out of reach day by day the harassments, murders of home alone women are increasing at an enormous rate. The effectiveness of night patrolling has been questioned by the public as slaughters are getting their work done easily.
It is already proved Bangalore is not a safe ecstasy for women as it is developing into a most terrible city. Not only house wives even the BPO lady staff, college going girls are also becoming prey of the eve teasers and road Romeos. Bangalore records the highest number of dowry deaths in the state and unaccountable rape and eve banter. It is the time to ponder. If you still argue Bangalore is an out of harm's way city for women, you are wrong.
First it was Asha Krishnamurthy, strangled to death at her residence in Sheshadripuram on 2007 november 26th. Geetha was the 6th women got slaughted and Geethalakshmi was the 7th. In between 2007 november 26th to 21st february 2008, totally 7 home alone women murders have been taken place in the city.
The Police might have successfully caught some of the accused... But one question is left unanswered- Do those children get their Mothers back? 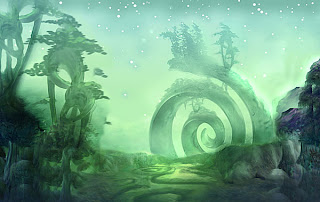 My friend Sunil (Now working in a TV channel) has created a Blog recently which attracted me a lot. It's really a surprising package from him to reunite those class mates, even I can say bench mates and the close ones like him. The main aim of the blog is to bring back those huge memories of college days, the funny things what all we did in those gorgeous days of Life.
The word 'memory' itself brings pleasant feeling to the mind, where one runs towards the place from where he can get flashbacks of his life. Now let me tell you the meaning of the word memory. Psychology says that Memory is a organisms ability to store, retain and subsequently retrieve the information.
Every one will have his own memory power and based on his mental power one can grasp anything deep earth. But as u know once we go back to the earlier days of life, truly it brings a light smile, a gesture of happiness, bit of cry and a slight angry too. Totally I can say that our body language will be completely different from the normal depending upon the flashback we go.
Now let me have a fast run towards flashbacks of my college days. Waaav!! I miss them a lot. I dont know whether they miss me or not. But I miss my close ones and some of my class mates, and not to forget my intimate lecturer's. Me now being alone, with no facial contacts with my friends, always tend to remember my college days, especially the final degree year, at the time I go to sleep. You see, with a free mind, its a nice time to have a journey towards the sweet heaven (so that you can get a wonderful sleep). Because the world will be sleeping (except the robbers, Lovers and some 'special' stupids) at that moment and you will be free from all the pressures, irritations, and your mind will be saying "cool man calm down, now let me to go somewhere else where you can get extra joy, happy which makes you breathe a sigh of relief". Yes, your mind says the right thing, and with no hesitation say yes to that. Yes!! your journey starts now. Take a cool breath, just start thinking your past sweet days which you spent with your friends, intimates, parents, relatives. Yes, you are entering into your own fascinating world of dreams (not excactly dreams but still we can say it as past memorable dreams). You are not aware of anything outside happenings and your body will be covered in a blanket!!
Its just a minute to take you to enter into the new world and there you will be blessed to see your same old friends talking to you, enjoying the greatest time with you and yourself being a part of whole enjoyment. See, here you can observe that in a day you will be moved into 3 dissimilar worlds. One is the world of reality, second is the world past memory and finally the world when you go to sleep. Here I can assure you that atleast 2 of them will give you bundle happiness, tremendous joys, package of relief ness and incredible delight and finally a kind of jubilation starts in your mind. I can also say it as a sort satisfaction.
Why Make A Journey To The Other Side Of The World When The World Has Come To You?"
Posted by ಕೆ. ರಾಘವ ಶರ್ಮ at 2/06/2008 06:21:00 am No comments: